Omnes Capital and Parquest Capital are selling their stakes in Vivalto Santé to a group of investors led by CDC International Capital and including Mubadala, insurer MACSF and Daniel Caille, Vivalto Santé’s chairman and founder. Vivalto Santé’s management, long-standing non-controlling shareholders BNP Paribas Développement, Crédit Mutuel Arkéa and Unexo, and its practitioner-shareholders are retaining their interest in the company and taking part in this new funding round.

Vivalto Santé was created by Daniel Caille – supported from the outset by Omnes Capital and Parquest Capital – through the acquisition of Brittany-based group Cliniques Privées Associées (CPA) in 2009.

In the space of six years, the group has more than tripled its revenue, driven by firm organic growth and a targeted acquisition strategy. Initially based in Brittany with three clinics, the group has expanded into the Paris and Rhône-Alpes regions by acquiring 11 further healthcare facilities. Vivalto Santé’s shareholder base is made up partly of medical practitioners – who own 40% of its capital – and while growing it has maintained its ability to offer a consistent, high-quality service in the French private hospital care market.

In 2015, the Vivalto Santé group operated 14 facilities in France. Nine are in Brittany, including the Saint- Grégoire private hospital in Rennes, which has been named several times as France’s best hospital by Le Point magazine. The group also has three clinics in the Paris region and two in the Rhône-Alpes region. It has annual revenue of €330 million.

The successful sale of Omnes Capital and Parquest Capital’s interests and the formation of a new shareholder group shows how successful Vivalto Santé and its management team have been in creating value using skills that are unique in France.

Daniel Caille, chairman and founder of Vivalto, made the following comments: “Vivalto Santé’s ownership model involves both medical practitioners and institutional investors. It therefore differs from existing models, where independent facilities are owned by practitioners or by groups controlled exclusively by financial investors.

Philippe Zurawski, Partner at Omnes Capital and Chairman of Vivalto Santé’s supervisory board, added:
“Vivalto Santé has shown the value of its ownership structure which, uniquely in the market, involves practitioners in the group’s governance. Throughout our time as investors, we have worked closely with Daniel Caille and have been able to place complete trust in him. This has produced a strong partnership that has allowed the group to grow more quickly. In the space of a few years, Vivalto Santé has become a key player in the French hospital care market.”

Denis Le Chevallier, Partner at Parquest Capital, concluded by saying:
“We are delighted to have been able to work with Daniel Caille and his team in the first stage of Vivalto Santé’s development. During that five-year period, it has become one of the top five private hospital care groups in France. Vivalto Santé has developed through organic growth and acquisitions, with the support of its practitioner and financial shareholders. At the same time, the group has built a robust structure that is now enabling it to embark on a new phase of growth.” 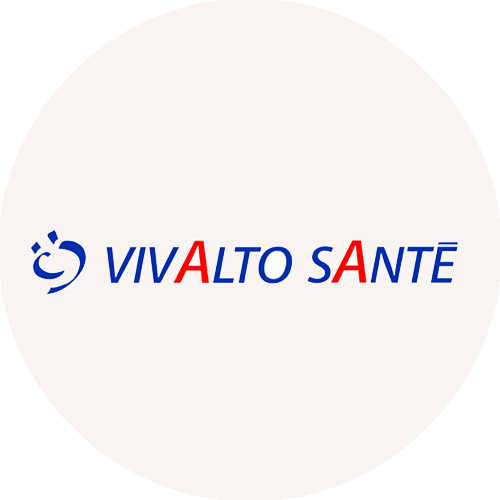